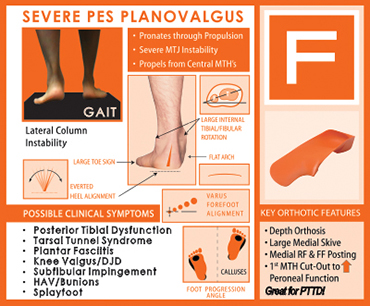 The F QUAD Foot-Type  is a commonly referred to as a Pes Planovalgus foot deformity because of its very poor alignment to the floor. This foot is excessively pronated, which means that it has rolled in so much that there’s not much of an arch. This is a true "flat foot" and could be described as the flattest foot you could possibly imagine. The F foot type usually develops as a result of a B or D foot type getting worse over time and it’s not usually seen in young children, but can be seen from as early as age nine.

The F Foot-Type is the most hypermobile or flexible of all the foot-types. This hypermobility leads to great instability throughout the foot and ankle that also affects the rest of the body. These feet look "very flat" at an early age, and can only worsen into adulthood. This severe instability also makes it difficult to develop and maintain core strength throughout the legs and trunk. Muscles need to work "overtime" to do the same job as someone with better functioning feet, drastically increasing energy expenditure. This foot-type causes a lot of damage to the forefoot during propulsion. Basically because of the severe instability these feet tend to wear out prematurely and get more damage and general “wear and tear”, compared to a better functioning foot type.

Common complaints for the The F Foot-Type include: hammertoes, bunions, hallux limitus and painful corns and calluses. If you want to prevent your feet wearing out prematurely and avoid a lot of the foot problems that are commonly associated with advancing age, then this is your best argument for getting orthotics early and improving your foot function.

In a lifetime, most people walk the equivalent of three times around the Earth, so no matter how many miles your feet have on them, there are steps that can be taken to make sure that they will last you a lifetime. Feet are often the most neglected part of our bodies and unfortunately, it’s often not until they start having problems that we pay any attention to them. So please don’t hesitate to give your feet the attention that they deserve, the rest of your body will also thank you for it.

All Quadrastep Orthotics are available in Regular and Narrow Widths, and with a topcover an an additional charge. 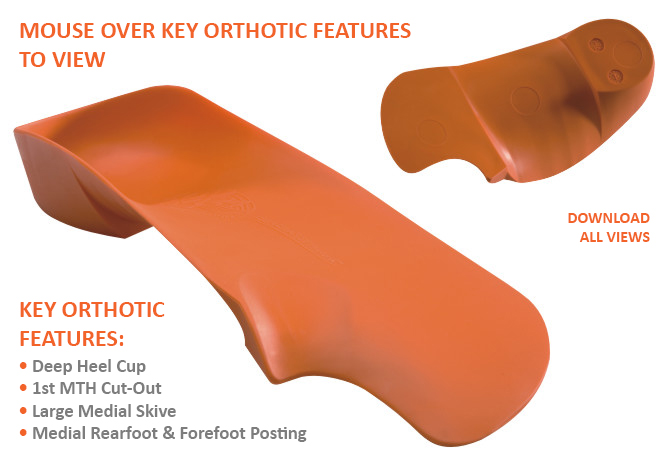 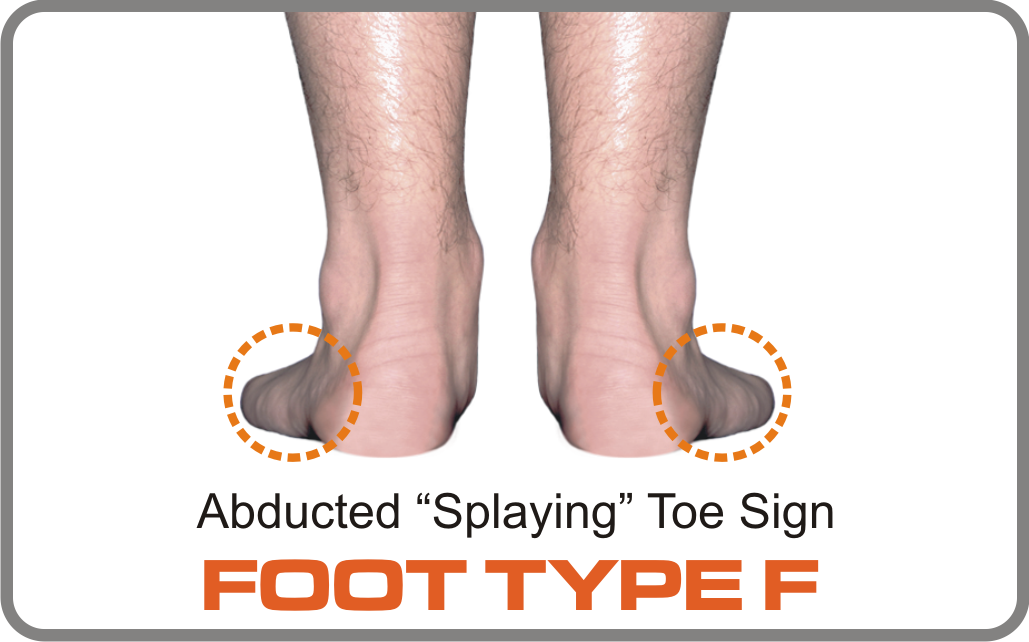